What our customers say

John's Driving School offers driving lessons for drivers of all levels of ability across southern Perth. From Fremantle to Coogee, across to Cockburn Central, Booragoon, Bicton and all surrounding suburbs.

We are also available to assist with mandatory age retests for those aged 70 or over, regaining a licence after a period of exclusion from driving, and even confidence boosting for anyone that feels that they would like a lesson or two.

For many, obtaining a provisional licence is a daunting prospect beset with many challenges. At John's Driving School we will assist you at every step of the way, from the first step of helping you acquire your learner's permit, to teaching you how to control and drive a car to pass the Hazard Perception Test, logging your 50 hours of supervised driving, and eventually passing the Practical Driving Assessment.

We understand exactly how nervous novice drivers can be, so our lessons are tailored to suit your particular needs, allowing you to grow in confidence on quiet streets before you find yourself in busy traffic situations.

Preparations for the PDA is thorough and we'll ensure that you are competent in the required field called, Left Something Behind, which will be explained when we begin.

Once you have acquired the necessary skills to demonstrate that you can identify and respond to driving hazards on the road, you will then be ready for the test.

When you need a driving school that can deliver success, give John's Driving School a call on 0417770230. With over 30 years’ experience, we can help.

I am a matured aged driver that had put off learning to drive. John gave me the confidence I needed and knew I was ready to pass the test even when I didn't think so. He is very familiar with the testing area and is thorough in teaching the tips and tricks needed to pass the PDA, but beyond that to be a safe and responsible driver. Thank you, John :)

“My son was in need of help to obtain his licence - 2nd attempt.  He needed someone professional who was able to polish up his much needed driving skills.. He needed lots of work.
I found John, John’s Driving School.  With a handful of lessons prior to his PDA building his skills to become a proficient & confident driver, he passed!
Thankyou so much John.
Lachie & I will always be grateful for your good guidance and professionalism.
Highly Recommend John. “
Kate & Lachie Reader

John is a very methodical and experienced instructor at very reasonable rates. Suitable for all ages and experiences! I had good training with John and hence a good result!

All I can say is bloody thank you! John is amazing and has put up with my guppyness so well! I have learnt more off John then i have off anyone who has taught me how to drive in 4 years, so much appreciation for this hard working bloke! Thanks John 1000000% reccomend to everyone and anyone he is a true legend:)

Couldn't recommend John enough! I've had 2 previous instructors for driving lessons and had multiple failed tests - but after taking lessons with John, I passed the PDA this morning with no faults at all. John has an impressive amount of knowledge and experience with the road, and teaches in a very effective manner. Thanks again John!

5 stars no doubt! Failed my test two times for a automatic license. Took lessons with John and passed my manual on the first!

I'm not the calmest or easiest to be patient with, I've had a lousy experience with a previous driving school & have used every excuse possible not to get my licence. I'm so grateful for the way that John adapted to my personality and pushed me to get it right. I'm mostly impressed that if you're not ready then he'll make you wait for your test. I don't know about you there but I prefer honest, fair feedback and clear guidance from a instructor. I wouldn't have gained this confidence without him.

John was the first instructor i learnt from and i wasn't too sure what to expect. However, he quickly developed my driving skills and i felt competent after having a few lessons. He was very patient and really knows what to expect from a driving test. Everything we covered was in my test and he knows the areas he drives in well. I have even recommended him to several of my friends in the area. Cheap rates, good times and very flexible. All i have left to say is thanks! it was a pleasure learning from you. -JB

John has been very patient in my manual driving lessons. The lessons have boosted my confidence on the road.

We specialize in assisting Novice drivers, in obtaining a learners permit. Drivers of all ages and abilities are welcome. automatic and manual driving lessons are available

Here at Johns Driving School we cover a large area across South Perth. Our driving lessons are not limited to one specific area and we do our very best to accommodate your location

Welcome, here you can find useful information about driving lessons, we answer some frequently asked questions and the latest driving news.
Please post questions and comments, we welcome your feedback.
Font size: + –
Subscribe to this blog post
Print
Bookmark

How to Avoid Road Rage

The recorded number of road rage incidents in Australia is quite alarming. Yahoo Australia says that 9 out of 10 drivers have been involved in some form of road rage, which range from verbal abuse to recklessly chasing drivers on the road. In this post we look at the measures being put in place to prevent road rage, and how a new logging mandate for commercial vehicles in the U.S. could be applied here to reduce overdriving and stress. 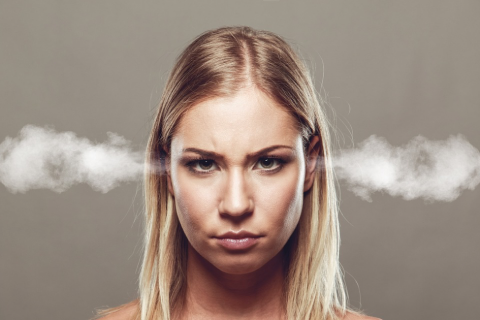 Local authorities are launching awareness campaigns in order to reduce the cases of road rage incidents in the country. One of the most notable campaigns is the VicRoads efforts to reduce road rage by launching a "warm and fuzzy" campaign called "Travel Happy – Share the Road" in Victoria. It was designed to improve the mood, and reduce the level of aggression from both pedestrians and road users by encouraging the public to look out for each other.

“There’s nothing quite like the warm and fuzzy feeling you get when you help out a fellow human being – or they help you out," said Konrad Spilva, the Managing Director of Isobar -- one of the companies involved in creating the campaign. "We wanted to capture that sentiment to encourage Victorians to help everyone get from A to B in a safer, happier way."

“Unhappy road users are more likely to be aggressive and lack compassion for others," said James Holgate, VicRoads' Director of Vehicle and Road Use Policy. "This can lead to frustration and anger which can lead to risky behaviour. Travel Happy – Share the Road encourages motorists, cyclists, motorcyclists, truck drivers and pedestrians to look out for each other on the roads to make travelling happier, more courteous and safer for everyone.”

Road rage commonly occurs when the drivers are stressed or tired. Commercial drivers often have to work long hours and spend extended periods of time on the road. While there is no data documenting how many truck drivers are involved in accidents due to road rage, there have been reported news stories of road rage incidents involving truck drivers such as this one on News.com.au.

Commercial vehicles overdriving is a serious problem in Australia. The Sydney Morning Herald reported in their feature on truck safety that while long-haul drivers are required by law to record driving hours “there are grey areas”. Truck drivers were also found to be working extra hours that weren’t being logged, despite companies being able to track their trucks via GPS.

In the U.S. the issue of driving past the legal Hours of Service (HoS) has been resolved through a new mandate called the Electronic Logging Device (ELD) Final Rule. Fleetmatics state that the rule was created by the U.S.' Federal Motor Carrier Safety Administration (FMCSA) as part of an initiative to improve road safety by keeping all service trucks compliant to certain regulations. For one, the law mandates that all drivers operate only within their allotted time frame. Drivers will no longer be able to log their journeys, as the ruling requires that commercial vehicles install a device that automatically tracks distances and time. Trucks will be monitored in real time so that fleet managers can alert drivers if they're about to commit a violation.

The ELD Final Law will take in effect in December 2017, and it is hoped that it will lessen truck-related incidents caused by overdriving. Australia should implement something similar given the alarming rate of the country's road rage incidents.

Remember to keep your cool on the road. Road rage incidents can be easily avoided with effort from all road users. Road safety will only increase if everyone has the resolve to stay courteous and calm on the road.